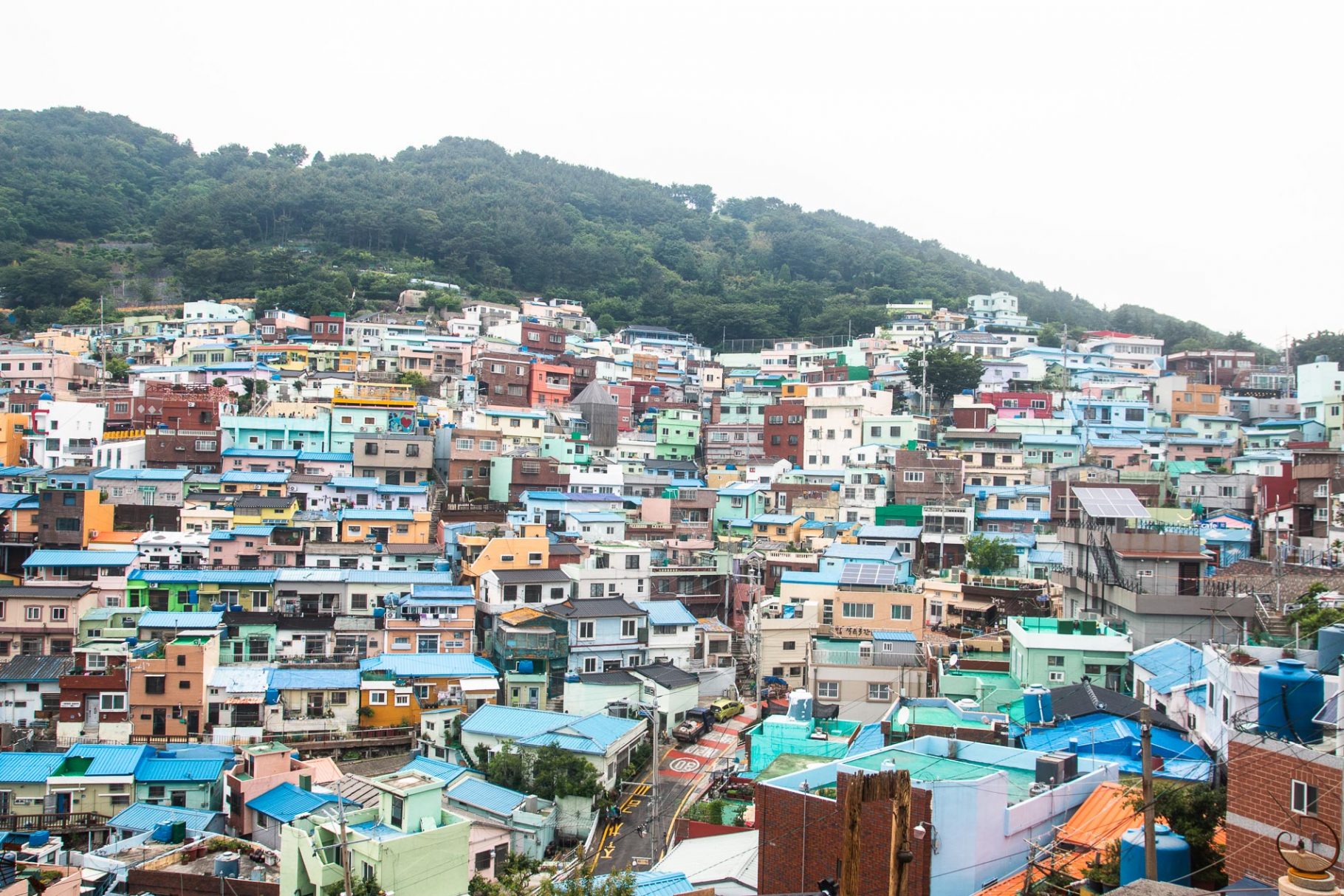 Located on the foothills of a coastal mountain, Gamcheon village is perhaps one of the most well-known tourist spots in Busan. Known as the Machu Picchu of South Korea, the village was a colourful warren of houses from afar. It is quaint, quirky and oddly charming.

This village in Busan, South Korea, has come a long way. In the 1990s when the rest of the city was developing rapidly, the area continued to be plagued by poverty. In 2009, a project by their Ministry of Culture, Sports and Tourism set out to rejuvenate the neighborhood, transforming it to the vibrant community as we now know it. We began our second day in Busan at the village. We took the train from Busan station to Toseong station and came out via Exit 6. Then we took bus 2 (1-1, 2, 2-2 should all work) and alighted near the main street, directly across this observation deck.

After taking the mandatory tourist shots against the sea of colourful houses, we moved on to the main street. There was a shop selling adorable socks and a postcard place where you can buy a postcard and schedule its delivery well into the future. There were also many handicraft shops for those keen to bring home unique souvenirs. On the same stretch, you will also see one of the famous murals in the village – “Fish Swimming Through The Alley” by Jin Yeongseop.

Unfortunately, the weather didn’t hold up and our plans to explore the village’s labyrinthine alleys and streets were cut short by the rain.

From Gamcheon cultural village, take the bus back to Toseong station and transfer to the train to Busan station. From Busan station, you can take bus 88 or 101 to Taejongdae resort park. Once we grew bored of the stores in the train station that we were taking refuge in, we decided to just set out for our next destination, Taejongdae park. Fortunately, the weather changed for the better. Designated as a Busan monument, the park conveniently convenes different spots of interests with its trails. Not really up to doing the hikeo on foot, we opted to take their Danubi train instead. The train fare is 3000 won per person and you can take unlimited rides within the day. The last train is at 5:30 pm so be sure to plan accordingly. We didn’t really have much time left to explore the park so we focused on just one stop, which was the Yeongdo lighthouse. The stop offered a nice vantage point of the impressive coastline with its rugged cliffs. To get to the best observation decks, you’ll have to get through an obscene amount of stairs. I’m estimating at least 10 flights, one-way. But you’ll take comfort in the scenery, fresh air and in knowing you have hit your cardio targets for the day.

If you intend to spend more time there, I’ll recommend checking out this post by Nick Kembel, which offers a more detailed guide to the park. After Taejongdae park, we did a brief stop at Gukje market, one of two prominent markets in Busan. Perhaps because it was already late, many of the stores were already closed and the market was rather desolate. In some of the streets, low tables and makeshift kitchens are set up to serve local fare to the dinner crowd.

To get to Gukje market, take the bus (88 or 101) back to Busan station then hop on the train to Jagalchi station. From the station, you can get out by exit 7 and walk to the market. We then hopped over to BIFF square and its nearby streets (I’m not too sure if these streets are considered part of BIFF square) but they are all interlinked.

BIFF is the acronym for Busan International Film Festival. The square used to be the main venue for the festival before it was shifted to Busan Cinema Center. Somewhat similar to the Hollywood Walk of Fame, the streets are imprinted with the palm prints of famous directors and film veterans. Now, the square is well-known for its variety of street food!

If you only have appetite for one snack, I’d definitely recommend the hotteok, an unassuming pancake-like snack peppered with nuts and seeds. It was so so good. Other than the food stalls, we also noticed an entire row of fortune tellers: Surprisingly, many of the patrons appear to be in their youth. I always thought that such things were only popular with the older generation! 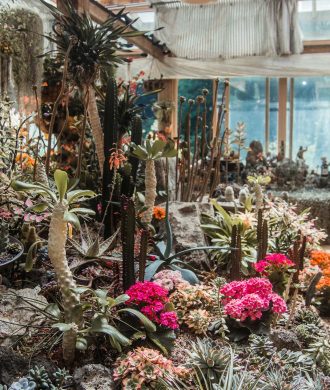 7 must-do activities in Seoul from Klook, KKday and Trazy 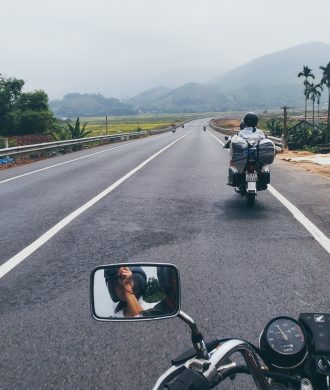